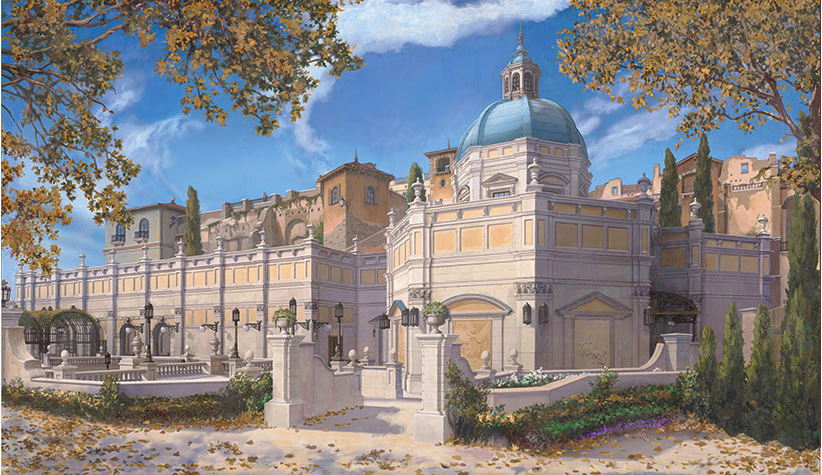 Tokyo Disney Resort has just released some more information about their version of Soarin’ which is being built on the Mediterranean Harbour, opposite Fortress Explorations.

You might remember a few weeks ago that we looked into this Soarin’ ride because it’s due to have the DaVinci flying machines as ride vehicles. This could give it a tie-in to S.E.A.

Unfortunately, we haven’t learned any more about the storyline but we do now know the name - Soarin: Fantastic Flight and it’s beautiful show building.

“Soarin: Fantastic Flight” appeared in Tokyo DisneySea with the addition of a new scene to the large popular attraction “Soaring” boasting overseas Disney theme parks. Guests who visit the historic buildings built on the hill overlooking the Mediterranean Harbor can enjoy the majestic air travel over the world’s sights and nature while feeling the wind and smell on the ride. Please also look forward to the latest video added with the original scene of Tokyo DisneySea.