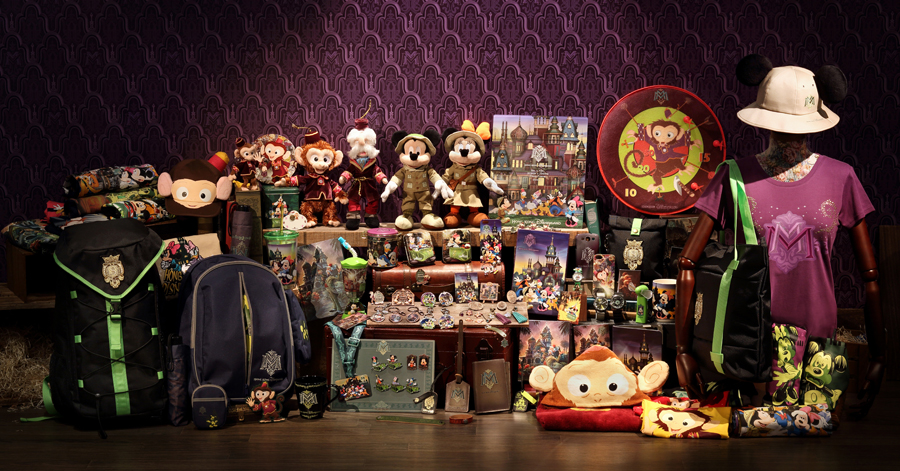 An interesting development was tweeted to me @_jungleskipper of @MarkWillard85 tweet regarding a tag on a piece of merchandise in Hong Kong Disneyland. This tag seemingly explains the relationship between the origin S.E.A. from Fortress Explorations and the new S.E.A. introduced via Mystic Manor.

The Society of Explorers and Adventurers (S.E.A.) is an international organization of men and women with ties to the famous explorers of history. During the 16th century, a distinguished body of mariners, scientists, engineers, and artists came together to dedicate themselves to the exploration of the world - its land, seas, people, cultures, art, and science.

A local chapter of the S.E.A. was formed by Lord Henry Mystic in the late 1800s, in the jungles of Mystic Point. Mystic’s fearless band of adventurers has traversed the known and unknown world, collecting an unparalleled assemblage of paintings, statues, weaponry, musical instruments and other significant cultural artefacts. These priceless items are now on display in Mystic Manor and in the Explorer’s Club Restaurant in Mystic Point.

I thought this was interesting - AFAIK, this is the only explanation I’ve seen that relates “original” S.E.A. as it’s presented in Tokyo DisneySea’s Fortress Explorations with “new” S.E.A. as it’s been more commonly used in all the parks since then. pic.twitter.com/IMEyCKuMpc