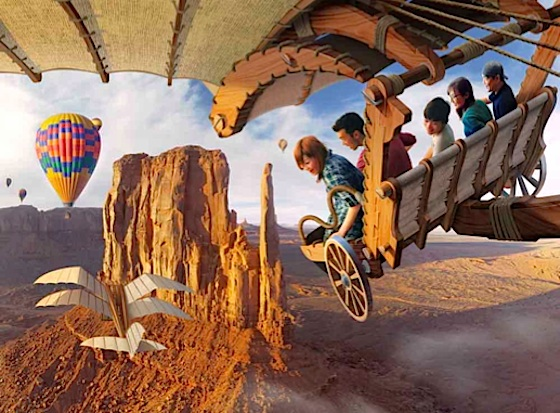 Just across from Fortress Explorations in the Mediterranian Harbour at Tokyo’s DisneySea a Japanese version of Soarin’ is being built, scheduled to open in 2019.

If you are unfamiliar with Soarin’ it’s a flight motion simulator ride, which sees you suspended over a film projected onto a 180-degree domed screen. If you take a look at the concept art above you can see that the Soarin’ ride vehicle will be based on the DaVinci flying machine from Fortress Exploration (below). This could mean that Soarin may get a tie into Fortress Explorations and therefore a tie into S.E.A. 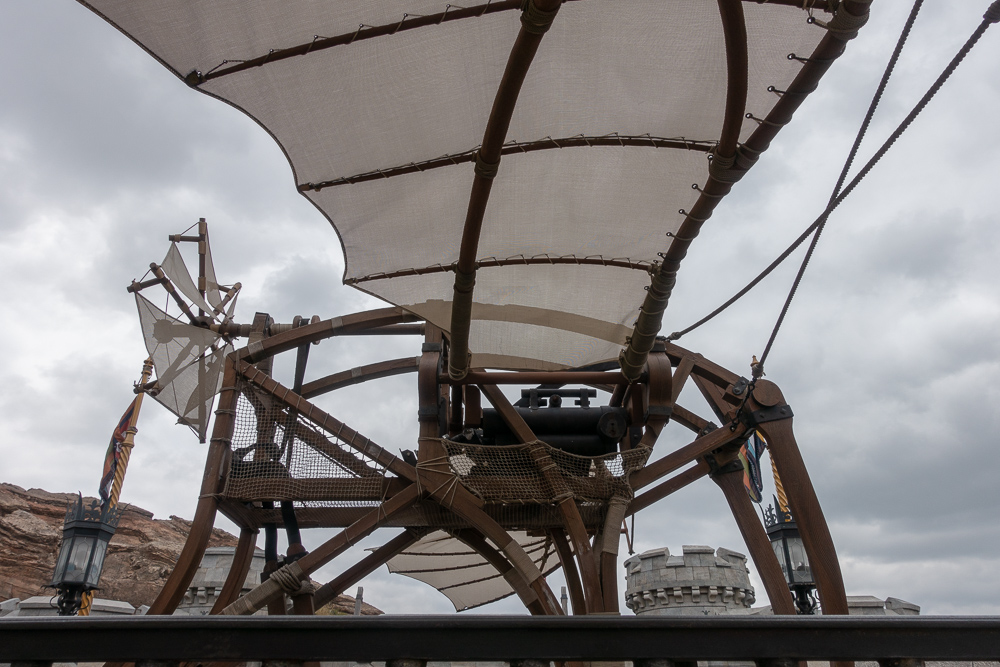 What do you think? We will keep you posted with developments of the ride.

See the full press release below:

Soarin,’ which originally debuted at Disney California Adventure before making its way to Walt Disney World’s Epcot and, soon enough, Shanghai Disneyland, will now be a part of Tokyo DisneySea “with original scenes and the newest visual images.” The promotional image shows a different kind of ride vehicle; instead of a hang glider it almost looks like a flying machine that Leonardo Da Vinci would have designed (fitting in with its period Italian setting). It will be located across from Mysterious Island, home to the iconic Journey to the Center of the Earth attraction, and will open in the fiscal year 2019.