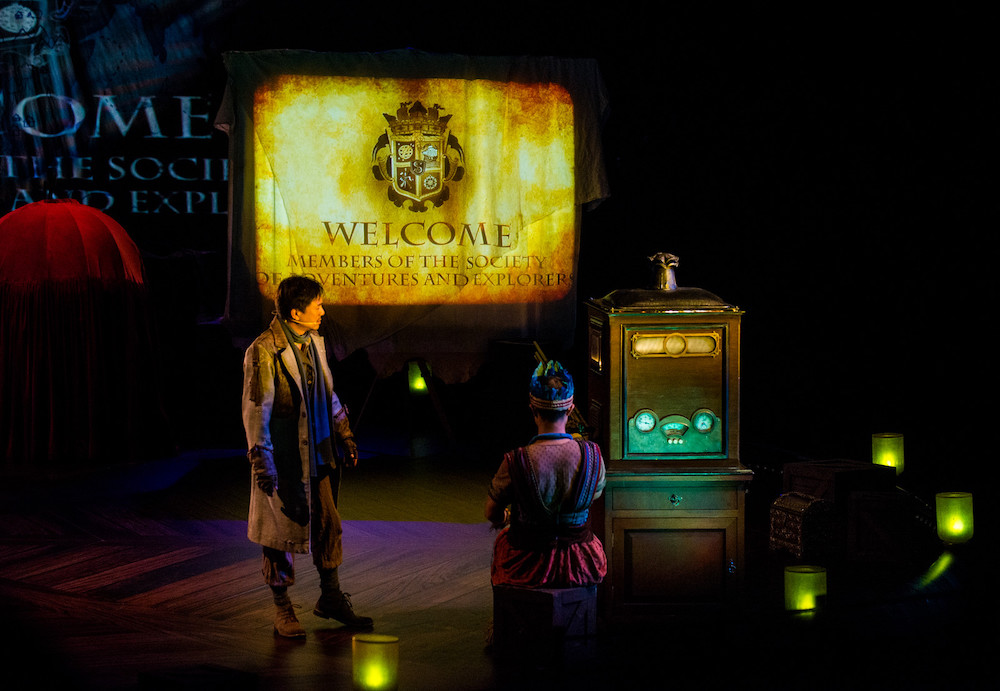 Who is Jonas Brisbane

It’s October so it’s nearly time for Halloween 🎃. This week we are going to look at one of the lesser known characters related to S.E.A. - Jonas Brisbane.

Jonas Brisbane was a character created exclusively for the 2014 Horrors of the Amazon Halloween stage show for Hong Kong Disneyland. Played by local Hong Kong Celebrity Power Chan the story is about an adventurer who wants to join S.E.A.

You can see the full video below, but for those of you who don’t speak Cantonese I have asked someone to give us an overview of the plot:

The story follows Jonas Brisbane, a Jungle Cruise Skipper, wanting to join the Society of Explorers and Adventurers. His uncle became obsessed and went on a lot of dangerous adventurers in the Amazon, all recorded in his Journal. One day he mysteriously disappears.

Jonas gets his hand on his uncle’s journal and tried to trace his footsteps in hopes of finding him and follows the maps that his uncle has drawn. He captures the creatures he finds and showcases them to the audience.

The first creature was a half bird, half woman thing that dances as Jonas ask, whom he keeps as a pet.

The Monkey Man was the last one of 5 he had captured as all others either died or had some mishaps (this last one also escapes). A very powerful creature that lives in tribes and can jump 8 feet high and run really fast.

He displays the head of a fallen Zombie Warrior on a platter which then mysteriously disappears! (he takes out a carved pumpkin as a joke first).

And then finally, he tells us that he robbed the grave of a powerful witch doctor and wants to show us the corpse.

One of the assistants really advises against this saying that he’s not the first one to disrespect the witch doctor by showing her body, and warns that something bad will befall him.

Jonas Brisbane is so intent on showing off that he doesn’t listen and reveals the witch doctor himself when the assistant refuses to do it.

Then the witch doctor comes alive and says something along the lines of “YOU DARE TO ROB MY GRAVE AND DISTURB MY PEACE… YOU IMPRISON THE CREATURES FROM THIS FOREST, YOU MONSTER! I WILL NOT LET YOU HAVE A PAINLESS DEATH!”

Jonas finds a vial of the witch doctor’s blood in the coffin and drinks it, thinking he will gain power but actually gets controlled instead !!!! And then after some struggle between them, Jonas finally mysteriously disappears himself.

The assistant appears and repeats the spells and curses the witch doctor makes and warns everyone that bad things will befall people if they’re not careful in this forest.