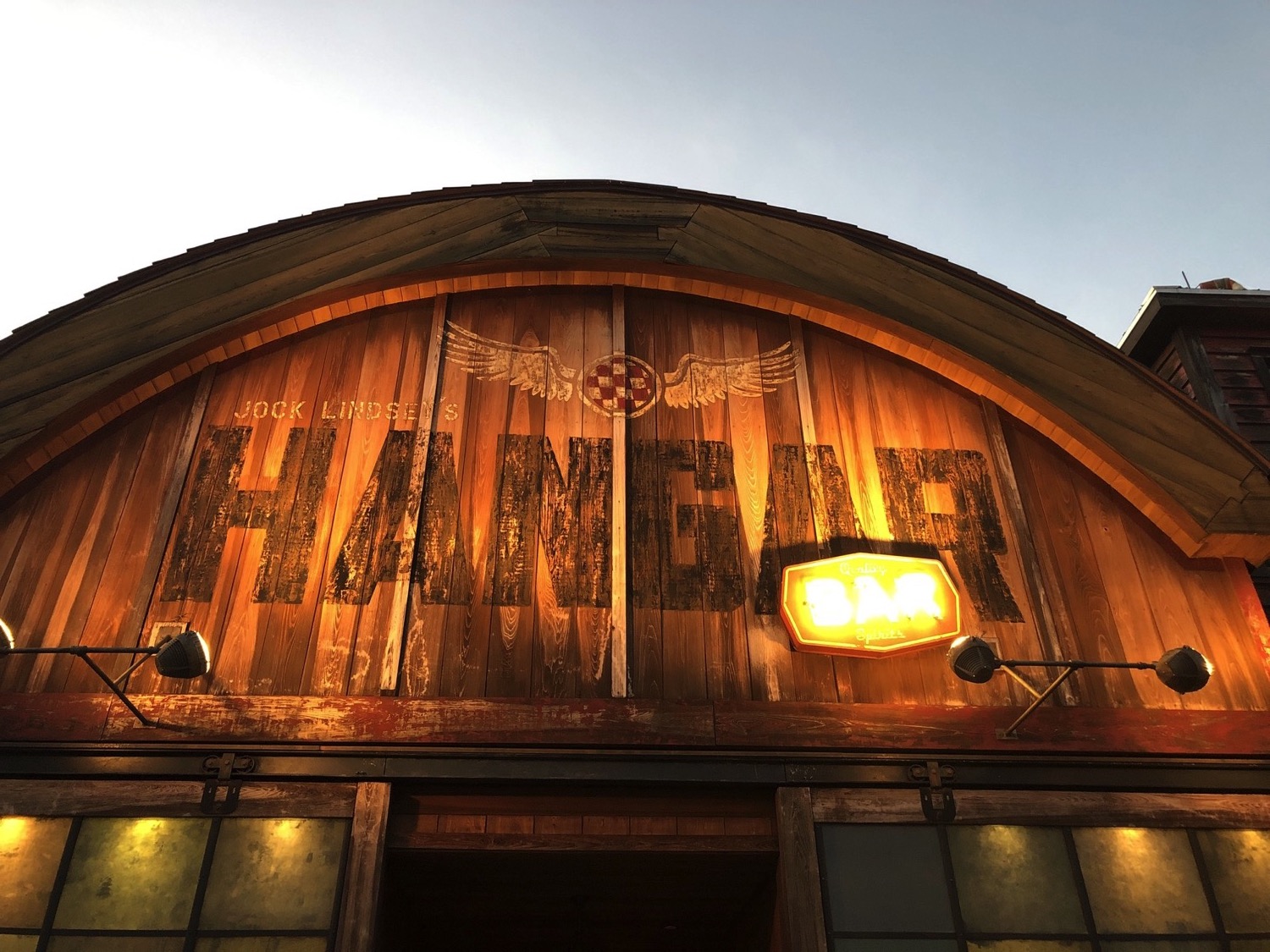 The tale goes, Jock made a home at this waterfront property in the 1940s after discovering this charming little town while flying Indiana Jones over the Sunshine State in search of the elusive Fountain of Youth in 1938. As a member of the Society of Explorers and Adventurers, Jock often welcomed his globetrotting friends to his hangar for a drink and fun times.

Now Jock and Indy may be gone, but his legendary adventures live on at this exotic watering hole. And that’s what gives the place its charm – and a creative menu of adventurous tastes.

Among the lost and found items, there is a passport belonging to Adventurers Club member Samantha Sterling.

A photograph taken on opening night shows a number of Adventurers Club Members.

There is also an ice machine made by Yakoose Ice Co, which is related to Yakoose from the club.

The logbook has a reference to a Jungle Cruise skipper who gave Jock a tour of Schweitzer Falls in 1943.