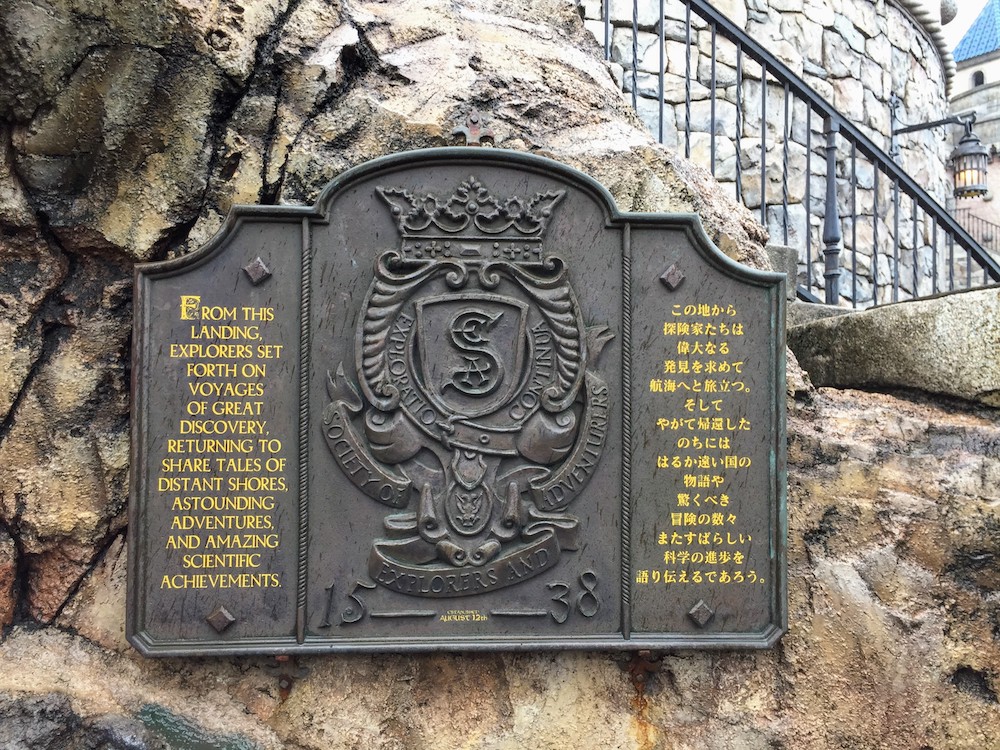 The Society of Explorers and Adventurers - Part 1

What if I told you there was a story which linked together different rides from different theme parks throughout the world? Old and new, they are all tied together with one enormous plot arc. The best thing about the story? It’s all hidden in plain sight, you have to know about it to understand it.

That’s the Society of Explorers and Adventurers or S.E.A. for short and I talk about it a lot! This entire site is based on it and I thought it would be best to start by covering the basics.

The Society of Explorers and Adventurers

The original founding members of S.E.A. opened Fortress Explorations, a walk-through attraction at Tokyo DisneySea, to help ‘promote the sharing of nautical and scientific knowledge for world exploration’. 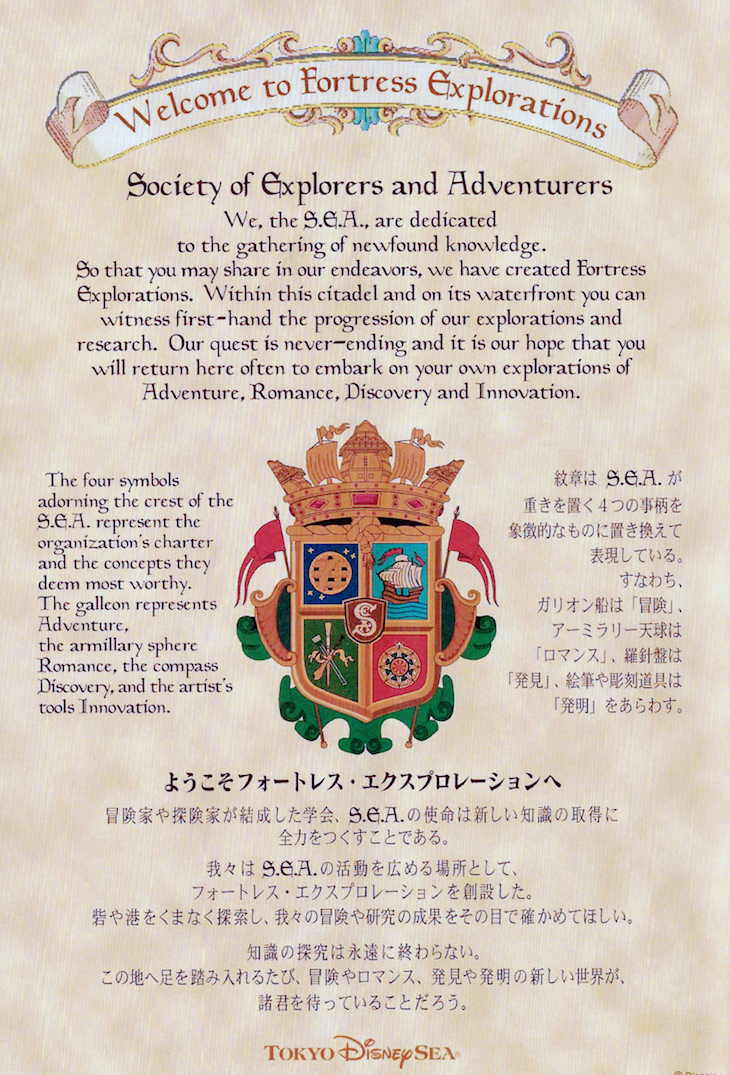 Could some of these members had founded S.E.A. or where their portraits just hung up for inspiration? If you have any clues let me know in the comments below…

The next 350 years are the S.E.A. dark ages, we don’t hear anything about the organisation. This changes in 1899 with Harrison Hightower III and Shiriki Utundu.

Harrison Hightower III inherited his fortune and used it to get what he wanted. He had a particular interest in artefacts from other cultures. If he couldn’t buy it he stole it. It is one particular exploration of the fearful Mtundu he stole their scared idol Shiriki Utundu, dismissing concerns that it was cursed. 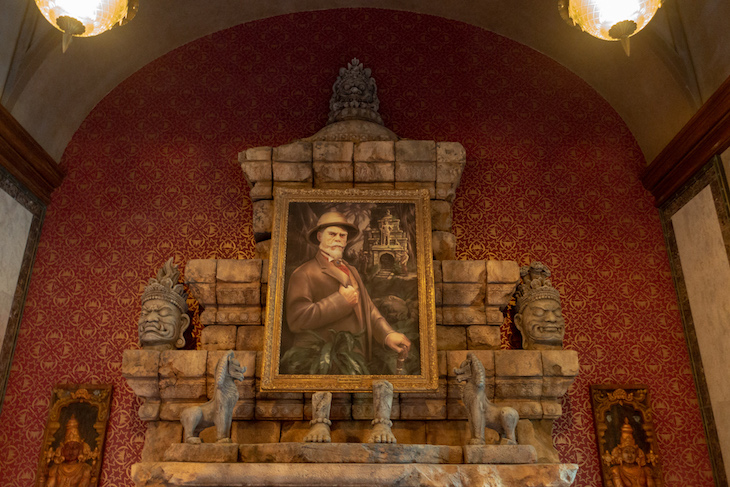 On December 31st, 1899 Harrison threw a New Years party to show off his latest acquisition. When the clock stroked 12 Harrison was in the elevator with the idol on the way to his penthouse apartment. The idol came to life and Harrison was blasted into oblivion.

In 1911 the New York Preservation Society opened up the Hightower Hotel for tours.

Around the same time, Lord Henry Mystic opened up a museum which was full of his collections of treasures and antiquities, collected through decades of explorations. He wanted to show off his latest acquisition, a music box, with the help of his Monkey Albert. 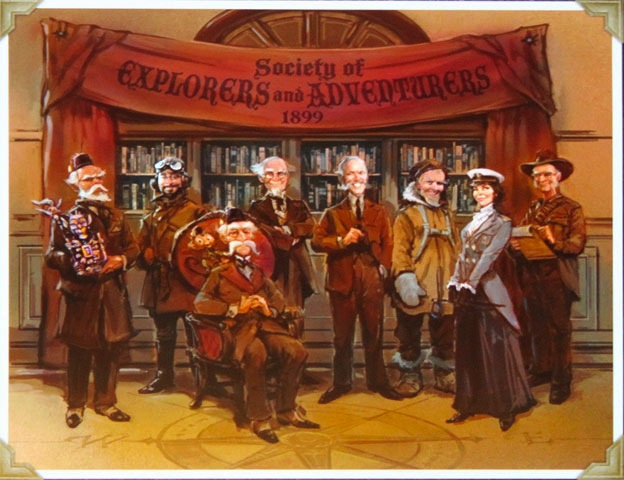 Mystic point is not only home to Mystic Manor but also the Explorers Club Restaurant. Lord Mystic built the restaurant to welcome and entertain the other members of S.E.A. The 5 exotic dining rooms contain more of his of his treasures including a set of masks which come to life.

Dr Albert Falls, a seasoned explorer, created the Jungle Navigation Company on April 8th, 1911. After many years of exploring he hoped to improve the shipping in remote areas for other Explorers and Adventurers.

Kungaloosh! This clubhouse owned by Merriweather Pleasure contained an extensive collection of artefacts he collected from around the world. This includes the same masks from Lord’s Henry Mystics collection (stolen or given? We don’t know).

In 1939 Alberta Falls succeeds her grandfather and gains control of the Jungle Navigation Co. The boats to guide tourists around the jungle rivers and the old skipper canteen is opened up to guests. Inside includes a secret room her grandfather used to entertain the other members of S.E.A. Which are accessed through a secret hallway in the library.

Dreamy Ka’imi receives a letter from Pamela Perkins, an Adventurers Club member based in Florida. In the letter she talks about some of the less than honourable ancestors of the club ‘the Pillagers Brigade. This particular expedition was led by the Pillaging Prince himself, the late Harrison Hightower III’.

You can read the whole letter below: 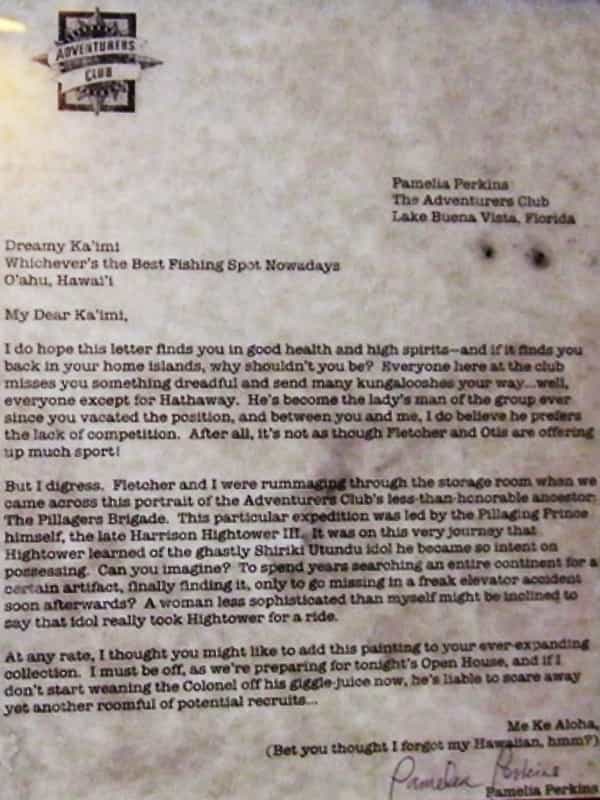 What have I missed?

A lot! The S.E.A. backstory is very complex and is pieced together from lots of different attractions from Disney parks and cruise ships around the world. Hopefully this brief overview covers the basics of S.E.A. We can explore all the other aspects in future articles - otherwise what else would I write about 🤔

Next time we will look into how the concept evolved all the way from the 1990’s Adventurers Club to the modern day Miss Adventure Falls and why Mystic Manor ties everything together.

Don’t forget to subscribe to our newsletter for the next update to be delivered straight to your inbox!