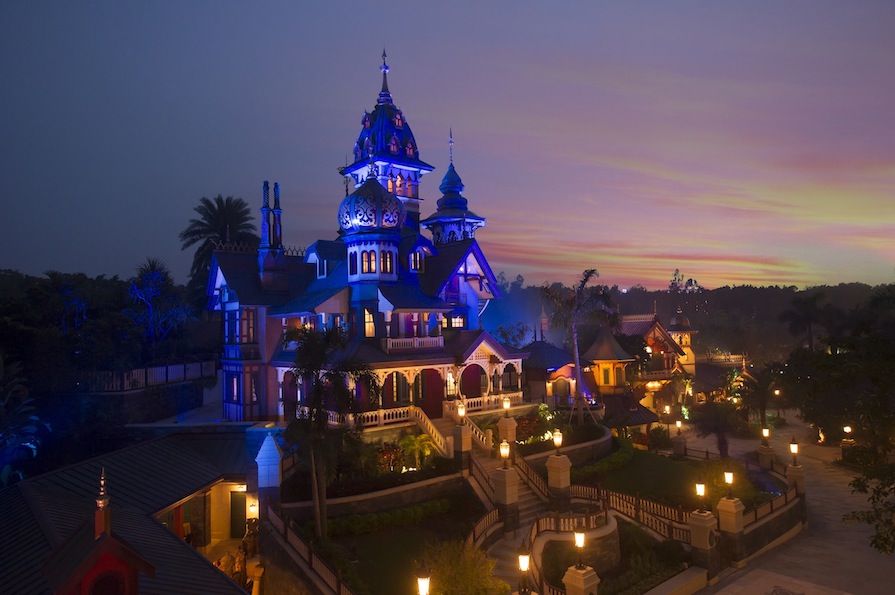 Mystic Manor, and the Mystic Point expansion, is probably one of the most important rides for the creation of S.E.A. and furthering the S.E.A. storyline.

We visited Mystic Manor on our 2017 trip to Hong Kong Disneyland and were blown away by not only the story but the execution of the ride. I was hooked immediately and being the Disney park nerd that I am, I had to look into its origins and history.

In early 2009 the executives of Hong Kong Disneyland (HKDL) were looking to expand the park and brought in experienced Imagineer Joe Lanisero. Originally Joe and his college fellow Imagineer Robert Coltrin initially had the idea to build a single land with one big E-ticket attraction. The company then chief financial officer, Jim Hunt, quickly pointed out that Chinese culture is all about the numbers. The Imagineers came up with 10 or 12 concepts but decided to whittle it down to 3 mini lands. This would bring the total number to 9, a lucky number in Chinese culture. Recently Disneyland Paris had just launched their Toy Story playground which was very popular with guests, so what was left were two lands Gizzly Gulch and Mystic Point.

Mystic Point, initially had the Haunted Mansion pencilled it. However, a direct lift wouldn’t have suited the Chinese market. Chinese audiences don’t view ghosts, or spirits in the same way as the west. They believe the spirits of the dead should be honoured and respected, which made the Haunted Mansion in its current form a difficult sell.

Job and Rob needed to start back at the beginning. The original Haunted Mansion in Disneyland was designed as a magic show, a showcase of all the illusions the Imagineering team could conjure up in the 50’s & 60’s. This was the initial starting point of Mystic Manor.

Joe as the creative lead for Tokyo Disney Resort drew from his experience of the Japanese Tower of Terror and the modifications it went through to suit the local audience. They created a new storyline revolving around an organisation called Society of Explorers and Adventurers (S.E.A.). A group of eccentric explorers it provides a rich history and story line for the Imagineers to draw from.

S.E.A. has become a very large plot arc around many of Disneys latest attractions in its parks. Including Skipper Canteen in WDW, which reportedly has a secret dining room exclusively for S.E.A. meetings. You can read more about S.E.A. its origins and the integration into lots of different rides over at Attractions Magazine.

For Mystic Manor, they created a new story around a new character in the S.E.A. story, a wealthy antique dealer, Lord Henry Mystic. One of the founding members of S.E.A. an eccentric but decidedly nobler member of S.E.A. 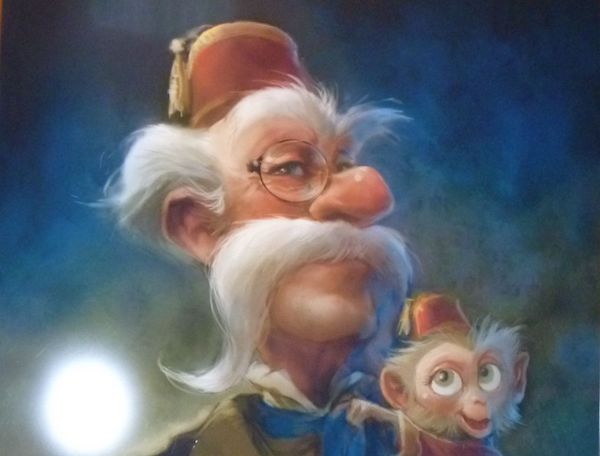 All good characters need a sidekick in a Disney story. Lord Henry is no exception, a mischievous monkey named after his uncle Albert. A monkey was chosen because monkeys are considered mischievous in Chinese culture.

Mystic Manor is placed right next to the Jungle Cruise in the layout of HKDL. The Imagineers managed to utilise this fact by placing Mystic Point in a tropical location.

The Manor, as coined by the creators is regarded as “tropical Victorian eclectic” and blends the tropical surroundings with the animated looks of the characters inside. The home was built as somewhere for Lord Henry to store all the artefacts he has been collecting over the years. 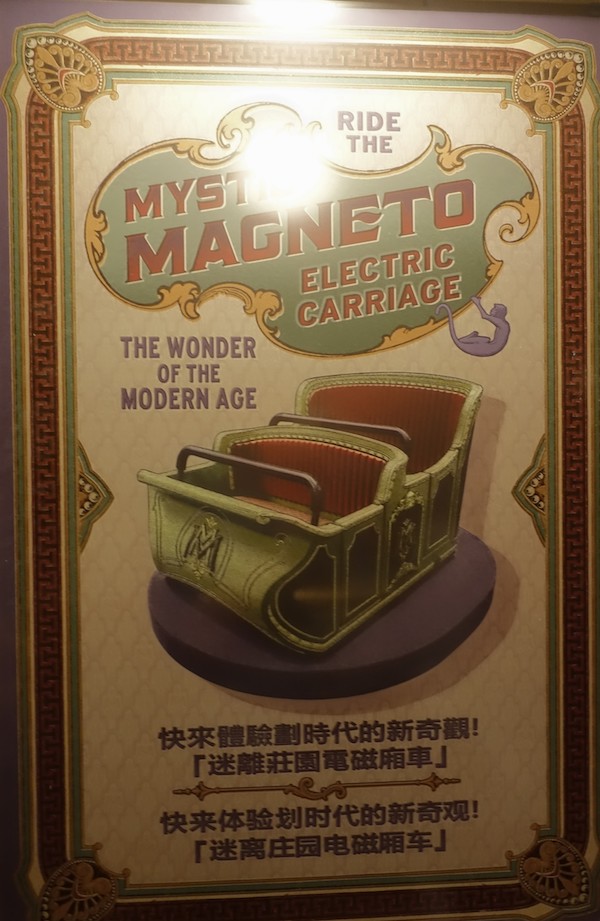 Lord Henry invites you to join him and Albert on a tour of his collection by boarding an ingenious contraption of his own design, the Mystic Magneto-Electric Carriage. The attractions answer to the doom buggy is an autonomously guided vehicle (AGV) which uses a trackless navigation system with a guide path embedded in the floor. It works, in the same way, those toy robots work which follow the lines your draw on paper. Without the need for a track, the ride designers were able to compress the attraction into a show building 2/3rds the size of the Haunted Mansion.

Once you board your Mystic Magneto-Electric Carriage you are taken on a tour of the manor by Lord Henry and his assistant Albert. Pride of place in his collection is a cursed music box, and of course, something goes horribly wrong. Albert opens the music box and causes the house to come alive with music. The ride takes you through a series of different rooms with different artefacts all dancing to music. 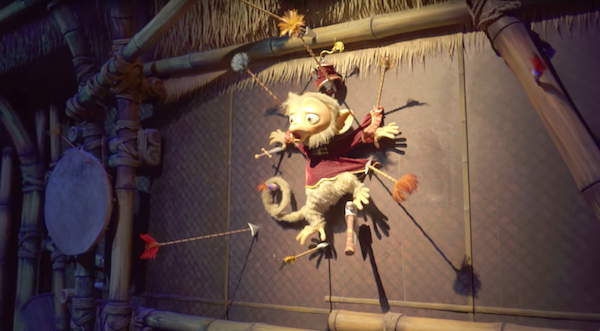 When people ask me why I like Disney so much, I normally give this ride as an example. I am attracted to the design, the amount of effort that has gone into every aspect. If this was another company or another theme park they would have just placed in the Haunted Mansion and not thought too much about it. Here they have customised it to fit in its situation, not only culturally but also its location in the park enhancing the ride experience along the way.

I don’t want to give too much away about the ride, if you really want to see it you can watch one of the ride videos on YouTube. The quality of this ride is amazing, it takes the classic Haunted Mansion and redesigns it for the modern day with an original story line. I believe this is likely to be one of the top dark rides in the world for a long time to come, go and see it.