Disney partnered with Marvel to create a series of original comic books all branded under the Disney Kingdoms banner. The first one that came to my attention is on Big Thunder Mountain Railroad, however, I will be reviewing the rest of them in time.

Written by Dennis Hopeless and drawn by Tigh Walker is tells the story of Abigail Bullion, her father Barnabas T. Bullion and two of his workers, Willikers and Chandler. The series consists of 5 separate comic books, though they can be purchased individually or as an anthology. If you are interested in purchasing here is a link the UK version of the Anthology for your Kindle.

The series features a foreword from Disney Legend Tony Baxter, the original creator, and Skip Lange, the production designer. Both forewords are very interesting, especially Skips who tells a few interesting stories of the construction of Big Thunder including the following very interesting bit of Disney trivia.

A little-known fact about Big T Paris is that is that, at 110 feet, it is three meters taller than all the other. The was no deliberate … 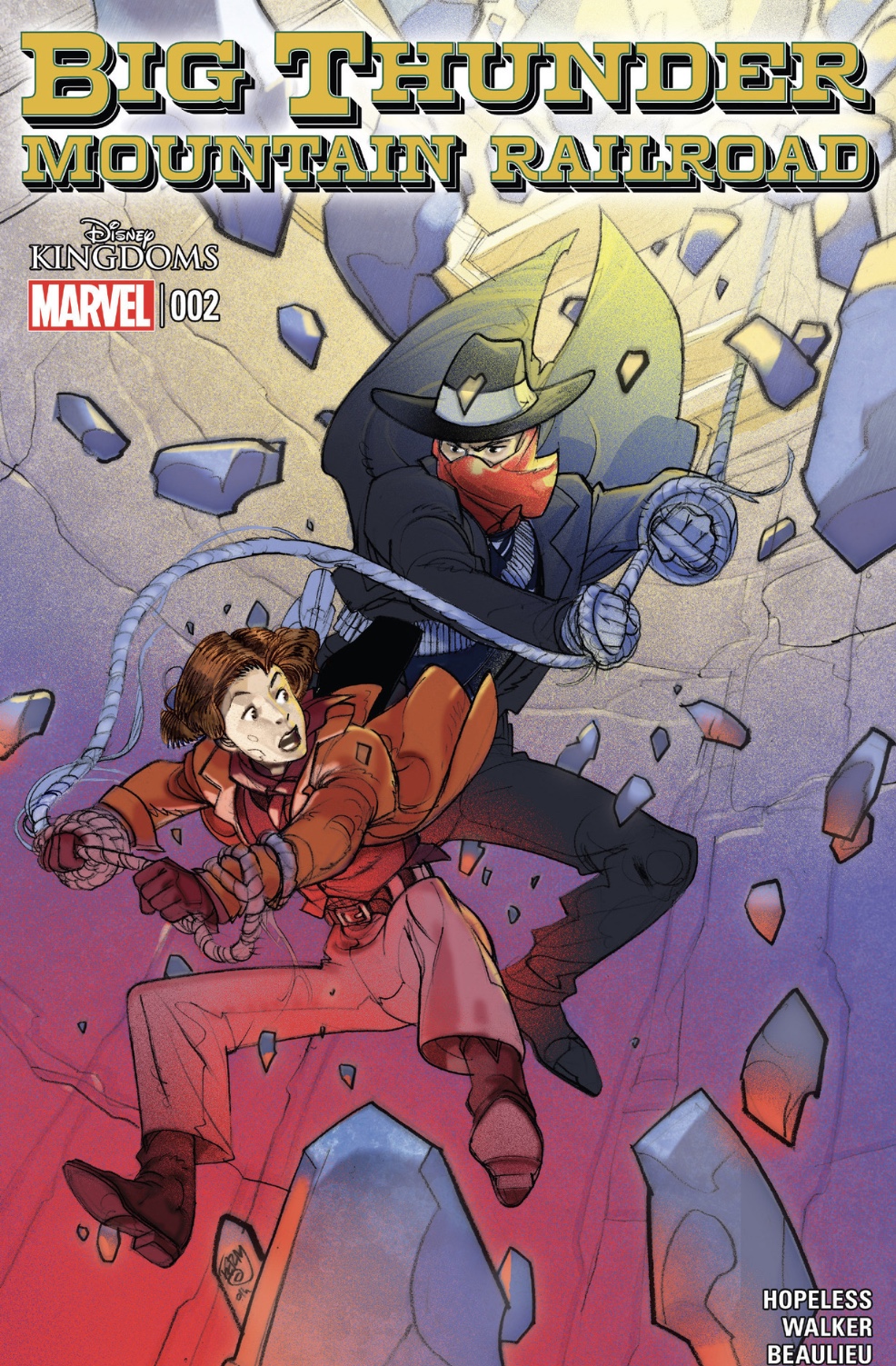 Rainbow Ridge is a small mining town in the Old West, at its centre is the mine at Big Thunder Mountain. Owned by Barnabas T. Bullion, he isn’t well liked by the miners, who believe he is putting them in harm’s way for his gold. Abigail Bullion comes to stay with her father, Barnabas is determined to shelter her from the dangers of the Wild West, but she has other ideas.

Abigail works with the men and realises the daily peril they are in, so she joins a group of masked outlaws to help rob her father’s mine. As earthquakes and floods begin to besiege the mountain, a strange protective power is discovered in the mountain and when they land in trouble with the Mountain Abigail has to make a decision who she can trust, her father or the masked outlaws.

This is actually the first comic I’ve read as an Adult so I can’t really compare to similar short series comic books, but I personally found the story really interest. However, I have one huge point to pick:

It’s a completely different origin story to the one we already know about Big Thunder. In 1992 an issue of Disney News was published which describes the Big Thunder backstory as the following:

The highly imaginative tale includes the legend of a young inventor, named Jason Chandler, who lived in a town called International Village during the peak gold rush years in the Big Thunder region - circa 1849. According to the chronicles, “…the young inventor devised the drilling machine with the capability of boring into the very heart of Big Thunder Mountain. There, the veins of gold ran so deep, it was rumoured they could produce a mother lode that would bring a man enough wealth to last a hundred lifetimes and more.”

But a cave-in occurred on Big Thunder, burying 26 miners alive. They would have drawn their last breath then and there, had it not been for the inventor and his laughable drilling machine. He burrowed down into the Earth’s core, rescuing the miners from certain death. It should have been a moment of joy and celebration, but as the men scrambled to the arms of safety, a massive earthquake shook the ground and a cavernous maw opened up, swallowing the inventor and his machine whole.”

The miners, as well as the citizens of the village, struggled day and night against the mountain, trying to dig the young man from his living tomb. But they never saw him, or another nugget of gold, again. Big Thunder had taken its vengeance not only on the miners but on their wealth as well. The mountain had gone bust, and it became just a matter of time before only ghosts resided there.

This is collaborated with letters from Jason Chandler to Barnabus in the queue for Big Thunder at the Magic Kingdom. However, the story in this comic series places Jason Chandler as one of the miners working for the Big Thunder Mining Company, in this story he is a completely different character.

The story is brilliant and well worth the read if you are a Disney fan or a fan of the ride. However, I now feel like the origin story of Big Thunder has diverged which ruins the S.E.A. backstory. I wish they focused on telling the story of the scientist or used a different name of a lead male character because now it’s confusing. 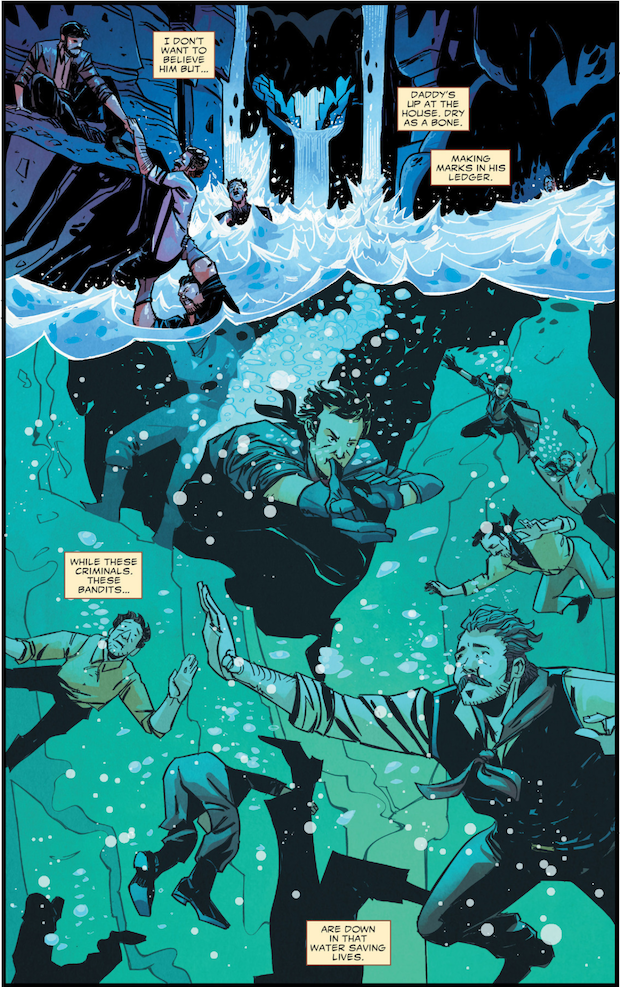